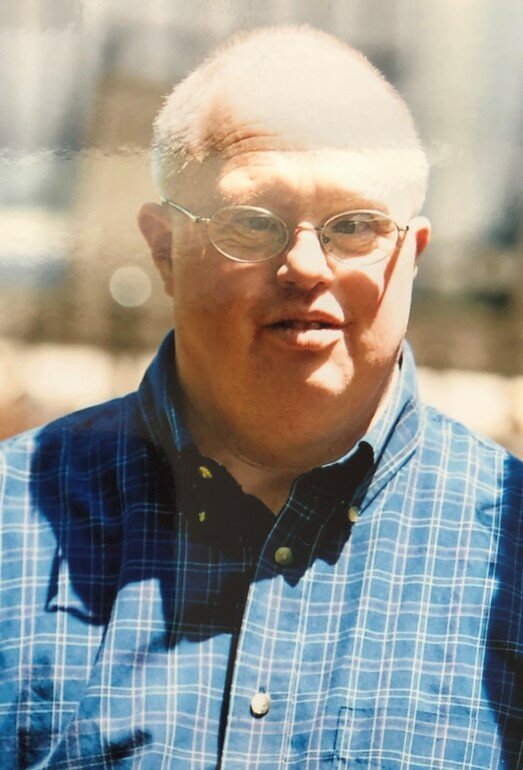 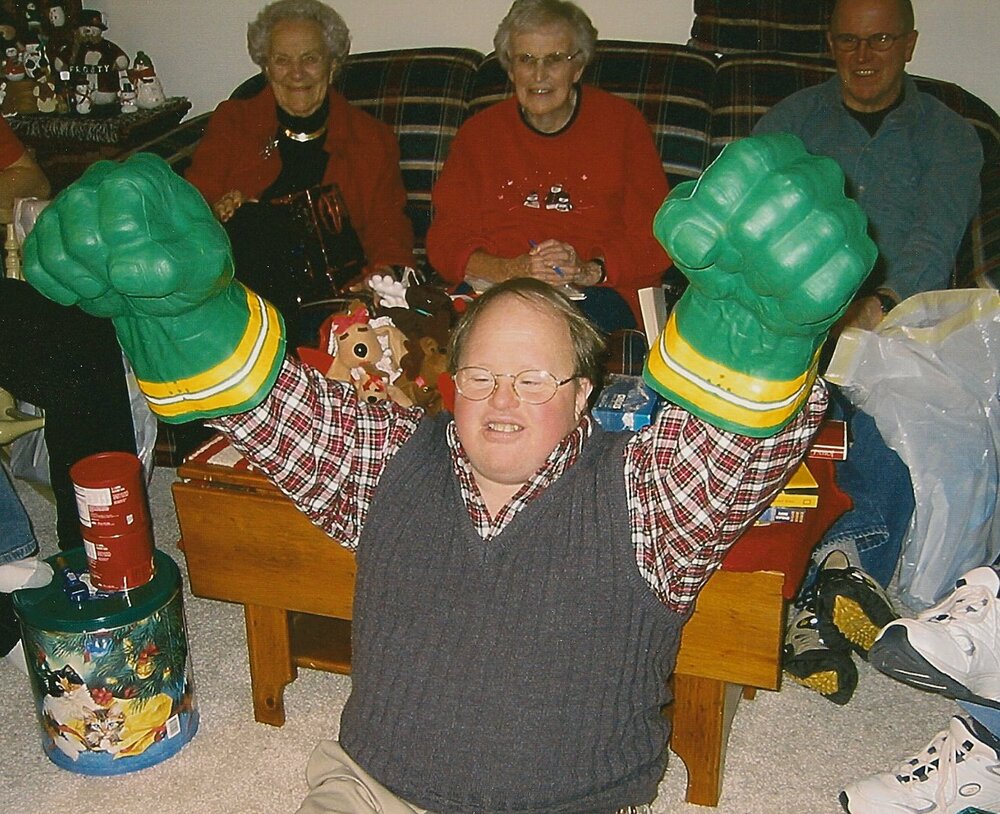 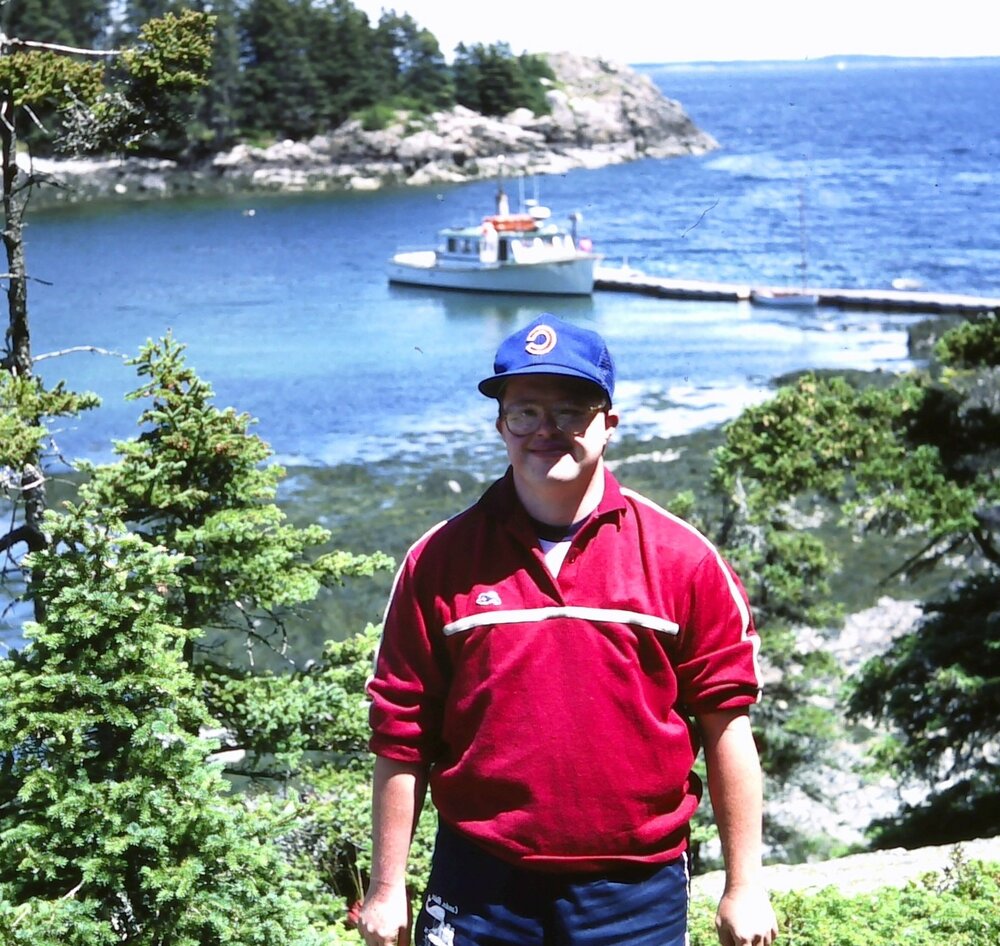 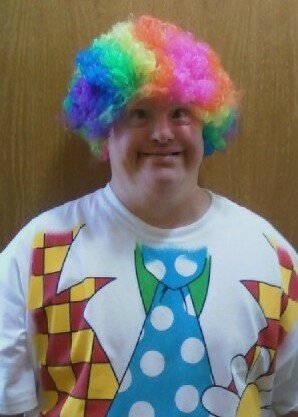 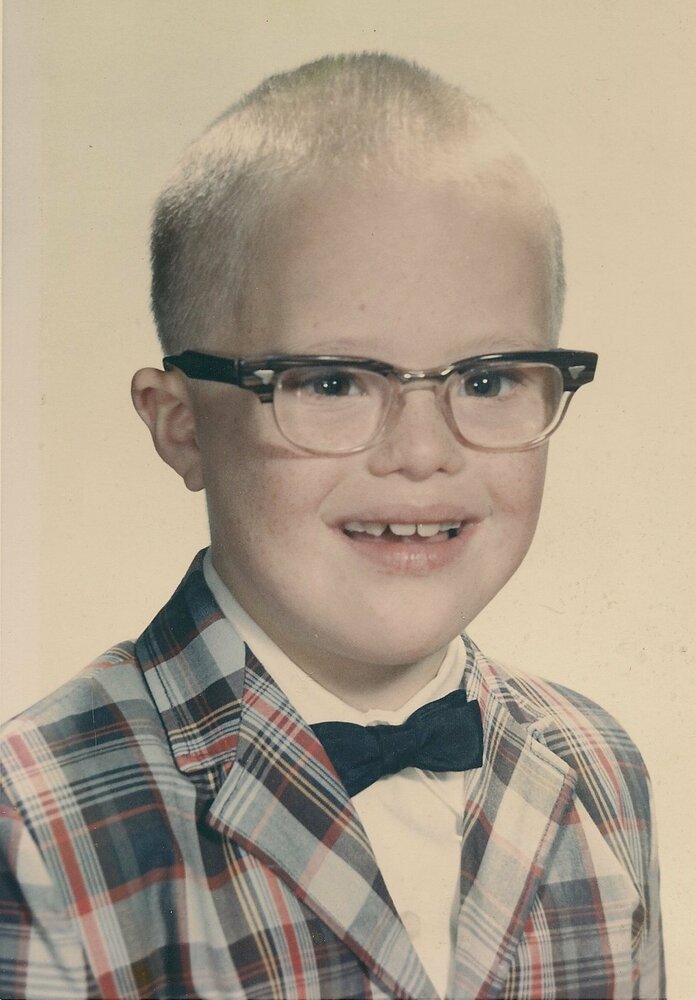 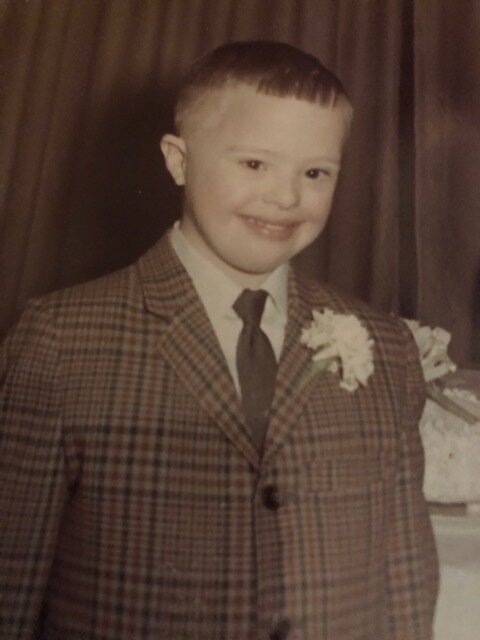 Jack was born into a loving family in October of 1958. He lived in Naperville, IL, Jefferson WI, Camden, ME and Jefferson, WI again, in that order. Jack attended the St. Coletta Wisconsin School from 1967 through 1972. After returning to live with his parents Betty and Wilbur Frost in Camden ME for five years, he joined the St. Coletta adult program in 1979 where he resided the remainder of his life.

Jack, aka Jackson, was a man of the people, giving and receiving love from literally hundreds of persons as he navigated life in his own style. Jack was known to many as the ‘Mayor of St. Coletta’s’ and would give tours to families who visited. His friends throughout Jefferson WI were legion. Jack was also core to his many family communities. He lived with family for 14 of his first 21 years of life and later traveled from his St. Coletta home in Jefferson WI for multiple annual visits with family in Camden ME, Michigan, Illinois, Vermont, Colorado, and Ohio. Holidays and summers always found Jack in demand at family venues across the country.

Jack was employed at times at McDonald’s, County Market, and various jobs at St. Coletta. He was passionate about music, singing hundreds of songs by heart when prompted. He was also a repeat gold medalist at the local level Special Olympics. Visit the memorial video sidebar for a slideshow depicting aspects of Jack’s textured life.

He is survived by Ginnie Edwardson, his sister, and by two brothers, Jeffrey Frost and Mike Frost. Key among other surviving family are brother-in-law Ed Edwardson and sister-in-law Sue Frost, Mike’s wife. Among the dozens of surviving family members he so loved are his nephews and nieces: Scott Edwardson, Stephen Edwardson, Laura Edwardson Lam, Hilary Frost Boyle, Daniel Frost, Elizabeth Frost Funk, Sean Moran, Catherine Frost Fanthorpe, and Mike Frost. Too numerous to list are great nieces and nephews and many special cousins.

Please join us on Thursday, January 13 at the Little Chapel of the Flowers at Averno on the St. Coletta campus. At 12:45 a family-led Time of Remembrance will promptly begin. The memorial mass will begin at 1:00 PM with Fr. Thomas Coyle presiding. Cookies and Lemonade with Jack’s many resident friends and staff will follow.

In lieu of flowers and in honor of the wonderful care Jack received for 46 years, please consider a donation to St. Coletta of Wisconsin, N4637 County Road Y, Jefferson WI 53549.

A time to share memories of Jack will begin at 12:45, just prior to the mass. In lieu of flowers and in honor of the wonderful care Jack received for 46 years, please consider a donation to: St. Coletta of Wisconsin N4637 County Road Y Jefferson, WI 53549 Thank you.

Share Your Memory of
Jack
Upload Your Memory View All Memories
Be the first to upload a memory!
Share A Memory