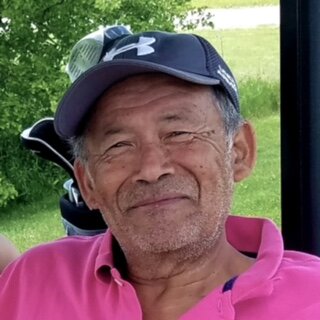 Daniel William Morrow, 68, better known to many as “Taco”, passed away Thursday, September 2, 2021, exactly how he liked to live life: peaceful, surrounded by family, love, laughter, and listening to Kid Rock.

Originally born in Seoul, South Korea on January 15, 1953, he moved to California after being adopted at the age of 5. He attended the Wisconsin Academy in Columbus, Wisconsin and after graduating, moved to the Fort Atkinson area to live and work. He began tending bar at George’s bar in Jefferson where a beautiful waitress caught his eye. This young beauty became his wife on September 28, 1979, and they began their full and wonderful life together in Jefferson.

Dan had the biggest heart and would help anyone with anything and a smile that filled the room. He was the best little league, flag football, and softball coach and enjoyed coaching those sports. He loved people, being around people, and being the “host with the most.” He never met a stranger, making friends with everyone he met.

Dan was a master chef, especially once he discovered there were recipes on the internet. There wasn’t a small appliance, gadget, or Best Buy deal of the day he could pass up. When he wasn’t cooking or buying another appliance or gadget, he could be found with a tv remote in his hand and especially loved watching NASCAR racing and enjoyed numerous trips to Bristol.

He was proud to be able to provide for his family as a truck driver. He retired from Martin Brower, a distribution center for McDonalds after 23 years in 2019.

His greatest accomplishment though was his family. He loved being a husband to Laurie of Jefferson and was incredibly proud of his children: Michelle Morrow of Lake Mills, Amanda Morrow of Oconomowoc, and Jacob Morrow (Melissa Vrabel) of Milwaukee. He especially loved being “Bumpa” to his granddaughter and best buddy, Brittyn Morrow. He loved to “sneak” food from his plate to his dog Lulu and grand dogs Mia, Miles, and Morissette. Extended family he loved include his mother-in-law LaVonne Wittwer, brothers and sisters-in-law Rodney Wittwer and Deborah Parker, Dan Wittwer, Wendy Wittwer, and Eddie and Janeen Sanders, his niece Alex Wittwer, nephew Eddie Sanders, Jr., his sister Deborah Rodrigues and her family, his nieces Heather and Lisa and their families, his “brother” Steve Magritz, and countless friends he thought of as family.

Those in line to greet him include his father-in-law Rodney Wittwer, special friend Brett Magritz, numerous friends, and other relatives.

A funeral service will be held Friday, September 10, 2021, at 11:00 am at Trinity Lutheran Church in Lake Mills with a celebration lunch to follow at Lake Mills Golf Club.

A visitation will be held from 4:00pm – 7:00pm on Thursday, September 9, 2021, at Schneider-Michaelis funeral home in Jefferson and again on Friday at the church from 10:00am until the service. Those attending the service, wear your brightest colors to honor Dan’s love of color, especially pink.

In lieu of flowers, donations may be made in Dan’s honor to the Brett Magritz Scholarship Fund or Rainbow Hospice.

The family would like to thank Rainbow Hospice for their love and care of Dan, especially his nurse Amanda, the UW Cancer Center in Johnson Creek, especially Dr. Eastman and Dana, and his favorite nurse, his niece Alex, for her love and care in his final days.

Share Your Memory of
Daniel
Upload Your Memory View All Memories
Be the first to upload a memory!
Share A Memory
Plant a Tree