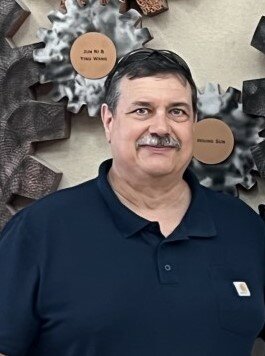 Obituary of Jon A. Pernsteiner

Jon Anthony Pernsteiner, age 58, passed away unexpectantly Sunday, November 6, 2022.  He was born November 25, 1963, in Medford, WI to Walter and Mary (Hirsch) Pernsteiner.  Jon graduated from Medford High School in 1982 and the University of Wisconsin-Platteville in 1988 with a bachelor’s degree in Electrical Engineering.  After school, he joined Wisconsin Power & Light (now Alliant Energy) as an Industrial Service Engineer.  Jon had a 34-year career with Alliant Energy and was a Manager of Engineering at the time of his death.

Jon met the love of his life, Lori, in college and they were married on May 27, 1989.  They were married for 33 years, raising their beautiful daughter Ashley.   He was an outstanding husband, father, son, brother, and friend and an excellent listener and storyteller.

Jon loved designing, building, and constructing.  He first learned these skills working alongside his brothers and parents.  He loved to start projects.  He loved anything mechanical, especially cars.  He spent many weekends fixing his girls’ cars and had been steadily teaching his daughter how to do her own car repairs.  He loved teaching and was an excellent mentor at home and at work.

He encouraged his daughter to pursue and excel in mathematics and musical pursuits and loved to hear her sing and play piano.  Jon would help teach his daughter dances and steps for ballet from when she was a little girl through high school.

Despite not initially wanting a puppy, he had become best buddies with his giant dogs, Kodiak, and Baloo.

When he was working or relaxing at home, he always wore his recognizable holey jeans and sweatshirts and grease-stained Menards shirts.

He loved the cabin he shared with his wife.  This was his favorite place to be.  He loved to work outside and to spend time with his wife and daughter there.

A visitation for Jon will be held from 3:30-7:00 p.m. on Thursday November 17, 2022, at the Schneider-Michaelis Funeral Home 900 West Racine Street in Jefferson.  Jon will be laid to rest at St. Mary Catholic Cemetery in Stetsonville at a later date.

Donations in his honor will be made to the Cambridge High School Music Department, as well as the Electrical Engineering and Industrial Technology departments at UW-Wisconsin Platteville.

Share Your Memory of
Jon
Upload Your Memory View All Memories
Be the first to upload a memory!
Share A Memory