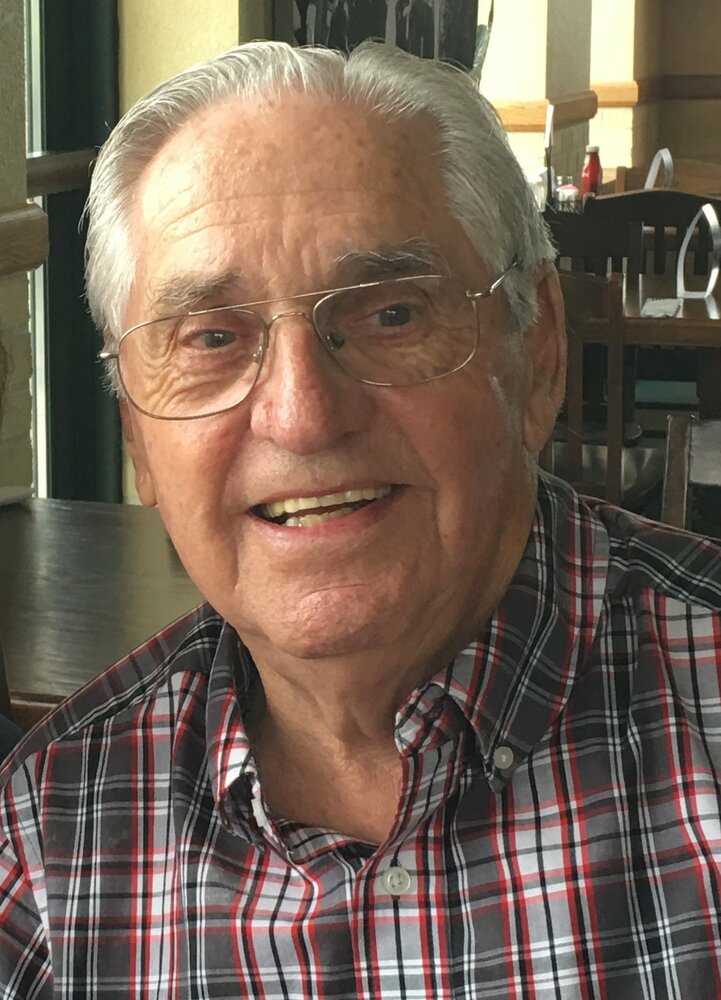 Obituary of Robert A. Brunner

Robert was born on January 14, 1929 in Milwaukee, Wisconsin, son of Helen (Warnke) and Arnold Brunner. He married Geraldine B. Riedl on June 27, 1953 at St. Lawrence Catholic Church in Jefferson. Robert served his four-year military duty with the USAF Weather Service at the far east weather central in Tokyo, Japan and a year of temporary duty assigned to the US Marine Corp in Korea with the US Marine Air Group 12 at Pyong Tec, Korea. Robert was honorably discharged at George Air Force Base, Victorville, CA on April 13, 1955.

Robert followed his Swiss heritage serving as a District Manager at Madison based Dairy Equipment Company for 25 years and various other agricultural sales positions.

He enjoyed summer weekend retreats with the love of his life, Gerry, at Lake Mason in Briggsville for 27 years followed by 12 years as Florida “snowbirds”. In addition, Robert was in a euchre club for over 50 years with friends who were near and dear to his heart.

Robert was preceded in death by his parents and his only sibling, sister, Lois.

A Mass of Christian Burial will be held at 11:00 AM, Saturday, October 22 at ST. LAWRENCE CATHOLIC CHURCH, W4875 US-18, Jefferson, WI with Rev. Thomas Coyle officiating.

Special thank you to Margie, his nurse and friend, at Fairhaven, Dr. Roberta Wedl, Fairhaven Medical Director, and many others at Fairhaven and Rainbow Hospice (especially, Kendra, Sarah, and Steve) in Jefferson for the care they provided to Robert over the last several weeks. The compassion shown by all was exceptional! Our family is truly grateful for the many acts of kindness received during this difficult time.

A message from his family: Dad, husband, grandpa, and great grandpa…you will be deeply and forever missed but never ever forgotten! We love you to the moon and back!  Heaven gained an angel today.  We promise to take great care of mom now that you are gone!  You are now free to spread your wings and fly. Until we meet again…we love you!  Dad – just one word of advice from your family, “Keep your stick on the ice.”

Schneider-Michaelis Funeral Home, Jefferson is assisting the family.  Online condolences may be made online at www.schneidermichaelisfuneralhome.com.

Share Your Memory of
Robert
Upload Your Memory View All Memories
Be the first to upload a memory!
Share A Memory