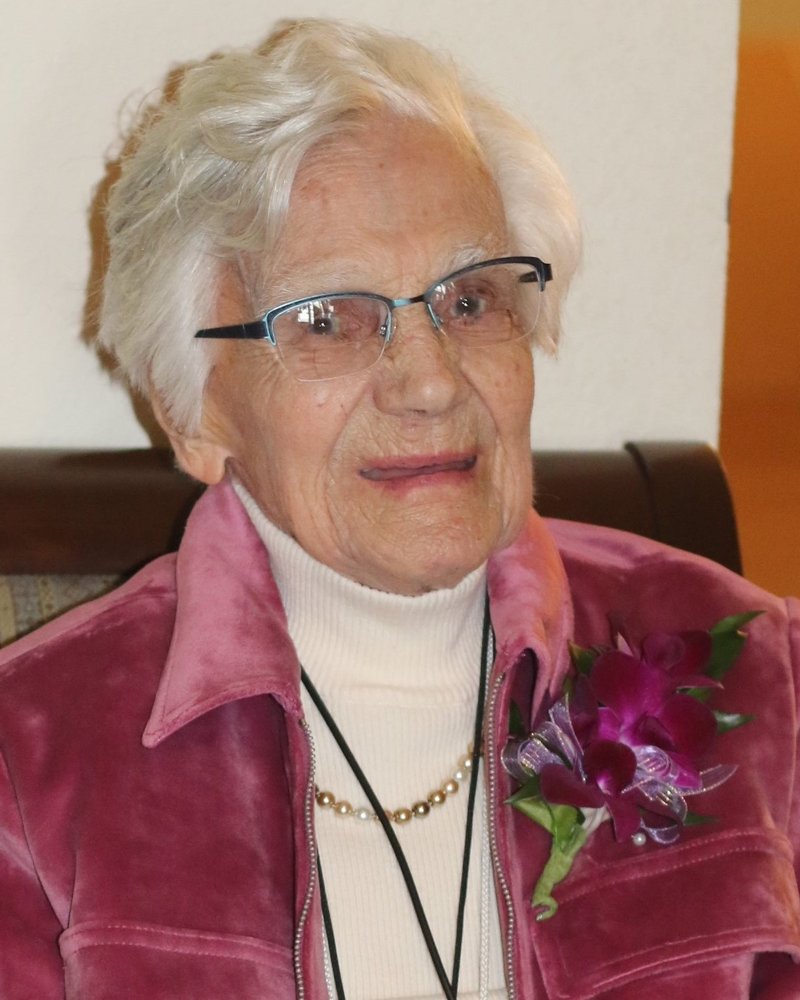 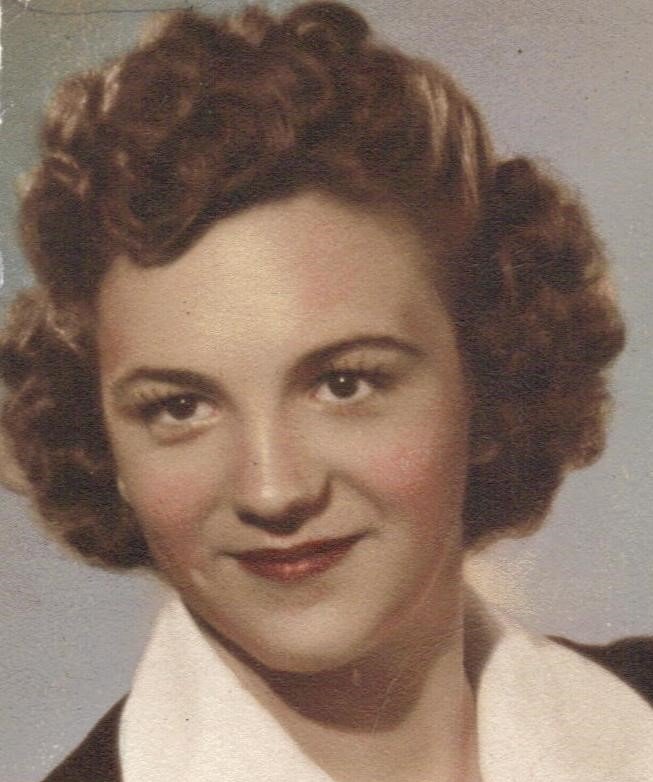 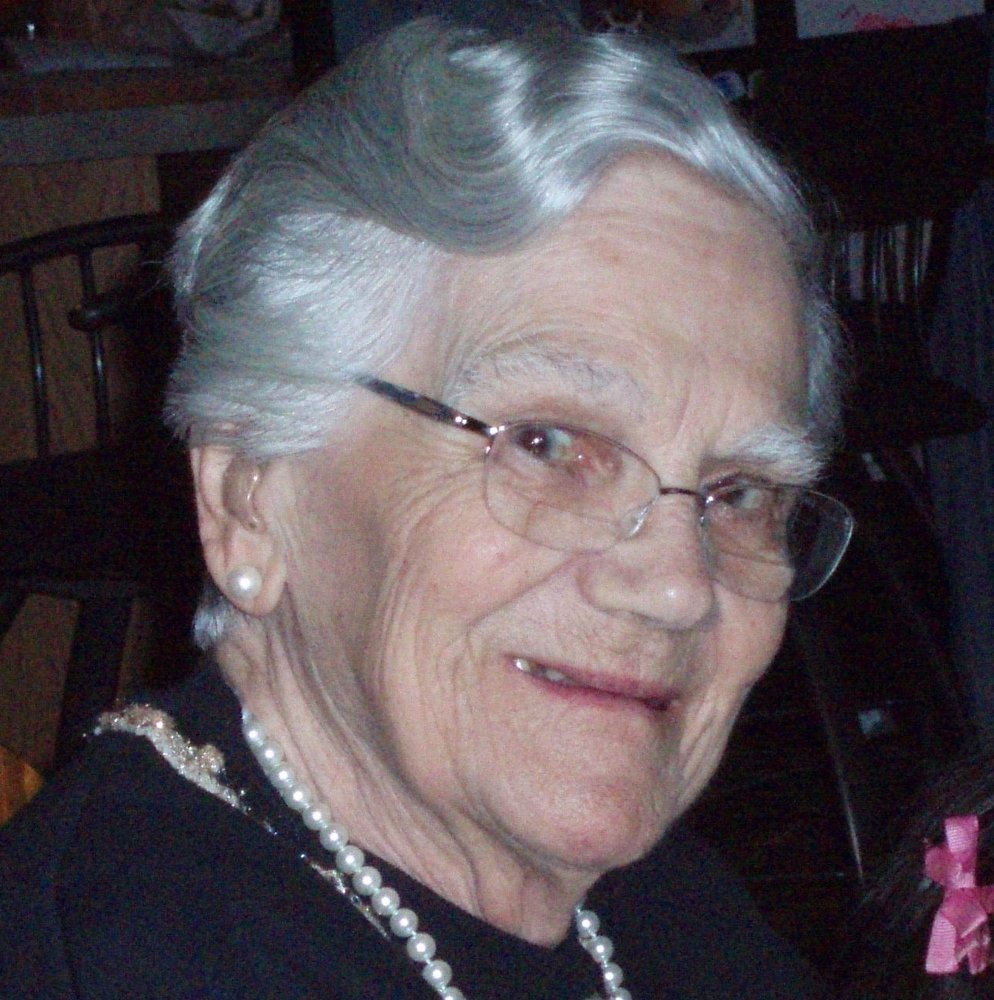 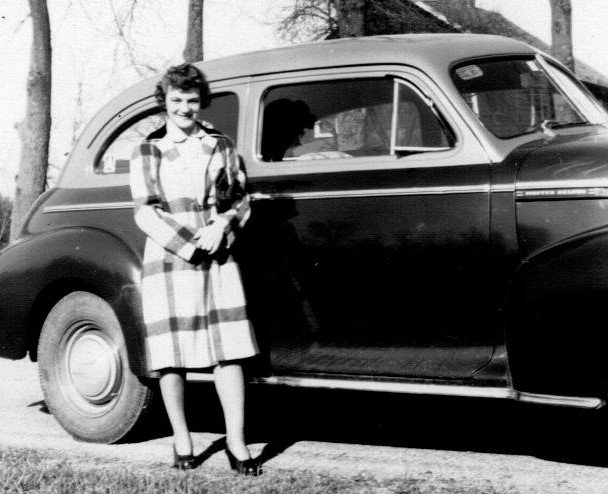 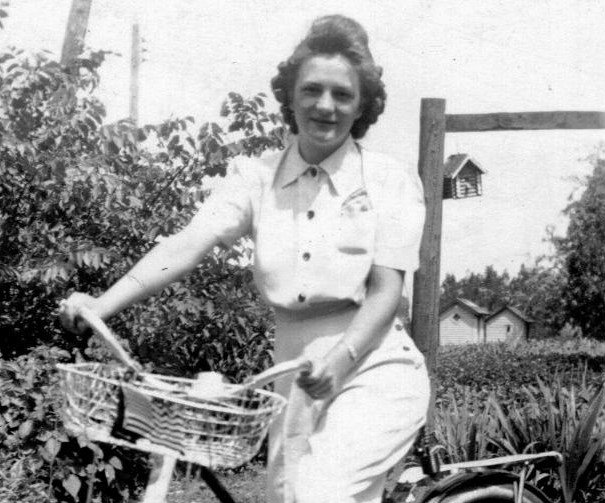 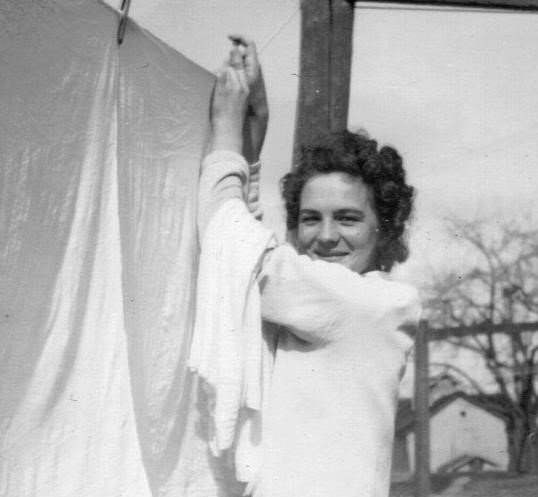 Lorraine Viola (Haas) Werner was born on January 26, 1920, in Milwaukee, the oldest daughter of Aloysius and Mary (May) (Kemmeter) Haas. She graduated from Jefferson High School and was a life-time member of St. John the Baptist Catholic Church, now St. Francis of Assisi in Jefferson. Lorraine was a deeply spiritual person whose faith inspired those around her.

On August 30, 1941, Lorraine and Norbert (Nubby) Francis Werner were married in Jefferson.  They enjoyed family, friends, lots of card playing and dancing (the waltz was their specialty) and traveling, including trips to Africa, Germany, and Hawaii. They enjoyed many winters in Arizona to be with family, especially her siblings, and traveling to New Mexico to spend time with their daughter, Anne Marie and husband Warren.  She and Nubby both worked in Jefferson until their retirement, (Lorraine at Badger Press and Nubby at Schweiger’s Furniture).  After retirement, they enjoyed almost 25 more years together in their home on Big Bearskin Lake in northern Wisconsin.  There they spent endless hours fishing, being on the lake, making fruit wine and appreciating the wildlife of the northern woods.  They made many new “northern WI” friends during their retirement, while also maintaining time with family and lifetime friendships in Jefferson.

Lorraine was always involved in card-playing, cooking, baking, and crafting of some sort or another, and she loved sharing her creations with family and friends. She will be remembered for her very special Christmas gifts of intricate and unique homemade ornaments and jars of the yummiest homemade jams and applesauce.

Being an avid sports fan, Lorraine especially loved her Brewers. In their younger years, she and her sisters and their kids would often take advantage of “Ladies Day” at the Braves’ games in Milwaukee.  Lorraine was a true fan who rooted for her Brewers, and rarely missed a game on TV, even when the team was in a slump. How appropriate for her that her Brewers beat the Cubs 7 to 0 on her last day.

Lorraine loved her family, and spent as much time with them as possible, even when living in northern WI.  She and Norbert often drove those long miles to Jefferson, Fort Atkinson and Rockford, IL, to attend grandkids’ birthdays, award nights, and even some sports events and dance productions. Even after Norbert’s passing, Lorraine continued driving that long distance alone. At 98 years of age, she still attended some of her great-grandkids’ soccer, hockey, swimming, and baseball games.  Her family fondly called her Gramma GG or Granny.

Norbert preceded her in death on October 30, 2002, and a few years later, Lorraine moved back to Jefferson to be closer to her family. Survivors include her children: Mary Lynn (Dennis) Vogel of Fort Atkinson, Anne Marie (Warren) Werner-Smith of Bosque Farms, NM, and daughter-in-law, Ann Dempsey of Rockford, IL;  4 grandchildren: Mindy (David) Witte and Jeremy Vogel of Fort Atkinson, Andrea Werner and Ryan Werner of Rockford; 5 great-grandchildren: Owen and Gavin Vogel, Emma and Cayden Witte, and Isabelle Werner; two sisters: Margaret (Norbert) Wedl of Sun City, AZ and Carol (David) Kemmerer of Phoenix, AZ, and also her sister-in-law, Gloria (Gerald) Haas of Jefferson, many nieces and nephews; and other relatives and friends.

The Werner family is forever grateful and warmly thanks the staff and caregivers at Sunset Ridge Assisted Living in Jefferson, WI for the compassion, care, and love they showed Lorraine during her stay at that residence.

Due to the COVID pandemic, a celebration of Lorraine’s life well-lived will be postponed until late summer along with a mass at St. Francis Assisi Catholic Church in Jefferson, WI.

To send flowers to the family or plant a tree in memory of Lorraine Werner, please visit Tribute Store

Share Your Memory of
Lorraine
Upload Your Memory View All Memories
Be the first to upload a memory!
Share A Memory
Send Flowers