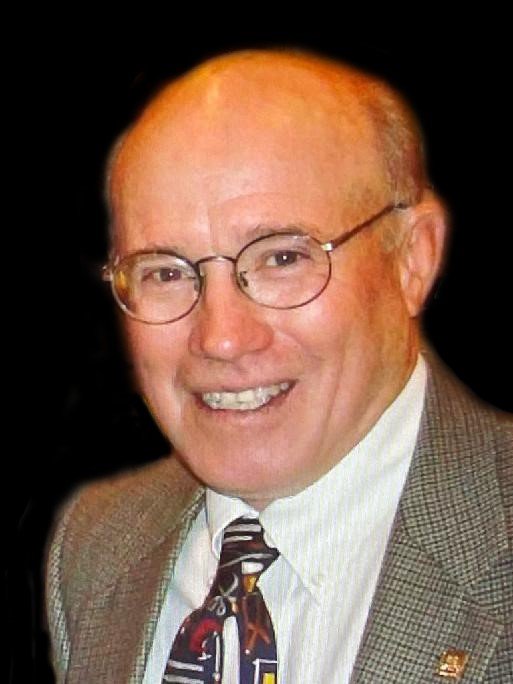 Thomas Eugene Cheesebro, age 74, of Helenville, WI died March 21, 2021, at Rainbow Hospice Center, with his devoted wife, Leigh, at his side, ending his courageous journey through ALS.

Tom earned a B.S. degree in technical education from UW Stout, where he served as VP of the Stout Student Association, becoming an expert in and teaching Parliamentary Procedure at Stout and after.   Soon after starting his teaching career, Tom earned a Masters Degree in Communication from UW-Milwaukee.

Tom taught Communication Skills to Waukesha County Technical College students for 40 years.  Colleagues described his teaching as innovative, creative, and designed to prepare students for the world of work.  He felt that, in addition to technical expertise, students needed the skills to be good listeners, skillful problem solvers, and confident speakers.  As a senior faculty member, he generously shared instructional materials with colleagues that fostered teamwork.  He was a co-developer of WCTC's Speech Lab where students could receive individualized help with presentations.  With two of his close colleagues, Tom co-authored four textbooks on Communication geared for voc/tech students.  These have been used in community and tech colleges across the US and Canada.

As a boy, Tom enjoyed roaming fields, exploring nature, shooting squirrels and rabbits, and spending time with various uncles and cousins on their farms outside of Janesville, leading to a life-long interest in hunting, conservation and farming.  Selected for the Youth Conservation Corp, Tom planted thousands of seedlings that have grown into towering trees in parks and conservation areas around WI. Throughout his life, Tom planted over 10,000 trees and created wildlife habitat, ponds and woods on his land.  He was an avid supporter of Ducks Unlimited, Pheasants Forever and WI Water Fowlers.

While teaching full time, hard-working Tom pursued his dream of also becoming a full-time farmer. Starting with a run-down 40 acres, he built it into a 200+ acre successful farm, raising sheep and pheasants along with crops.  He daily demonstrated one of his mottos: “The work won’t do itself.”

Somehow Tom found time for public service to his community, spending over 20 years as treasurer of the Helenville Volunteer Fire Department, and as an active participant in the Jefferson Agri-Business Club.   He most recently served on the Board of Directors of Helenville Mutual Insurance Company.

Tom’s marriage to Linda Hardy (Beier) brought them the two sons, Bryan and Gregory, of which Tom was so proud.  He was dedicated to his boys, teaching them to canoe (won the Indian Guides father/son canoe race every year), fish, and use tools and to be creative.  Trips fishing in Canada, around Lake Superior, to D.C. and to Ireland remain fond memories for them.  Tom loved being “Grumpa” to Odin, traveling 200 miles to attend his school events, with the goal of spending time with Odin at least monthly throughout his childhood.

In 1986 he married Leigh (née Wolf) Barker. Their friendship as co-workers, and their mutual respect and support of each other’s work and values deepened into a beautiful 35 year love story.  Each brought out the best in the other.

Tom was multi-faceted, equally comfortable out on a tractor, reading or reciting poetry, or up in a tree stand.  Forever the “doubting Thomas,” Tom questioned ideas, rules, and beliefs, embracing them only when satisfied they were solid.  This allowed him the certainty to claim “There’s no sense having an opinion if it’s not a strong one.”  He held strong, solid well-supported opinions.  A life-long Democrat, Tom believed government has a critical role to play in building a fairer, more equal society for all.

Family joked that he could spin a “worst case scenario” into a major disaster to stress his motto “Be prepared." ”Yet Tom was positive, optimistic and genuinely interested in other people’s lives, while content with his own.  He enjoyed learning about other cultures, at times inviting foreign exchange students for Thanksgiving dinner or to shoot at the farm. Trips always consisted of seeking out and quizzing the locals.

Tom liked his routines, yet would alter his own plans if a friend needed his time or support, or to welcome whoever stopped by, or to give tractor rides or show off baby chicks to youngsters.

Another motto Tom lived by, “You’ve got to play the cards you’re dealt” was put to the test when he was struck with ALS. He played those cards with dignity and grace, remaining positive and interested in other people.  He faced the challenges of each phase of the disease head on.  When he could no longer walk, he explored his Irish and English family history online and became a voracious reader, learning all he could about the Vietnam War and WWII.  He read Joyce’s Ulysses. When he could no longer hold a book, he listened to audiobooks and continued to farm, hunt and raise sheep via YouTube.

Tom was known to be frugal, happy to find a deal or “just fix the old one.”  Never showy, he was actually extremely generous – sharing his time, machinery, land, and expertise.  You could never leave without some of his garden bounty or homemade V8, jelly or pickles.  He was a regular contributor to the Jefferson Food Pantry.  He quietly helped more than a few students get through school and back on their feet by covering their tuition, finding them a car, or paying off a debt.

In a final act of generosity, Tom donated his brain for ALS research.

The family will hold a private burial ceremony.  A memorial service and celebration of Tom’s life will occur at a later date, when it is safer to gather together to honor this remarkable man.  (Please get your vaccinations.)

Memorials, if desired, may be designated to establish a Thomas Cheesebro scholarship fund for high school graduates to attend technical college; or to the ALS Association of WI; or to any of the organizations named herein that Tom supported.

Memorial Service and Celebration of Life