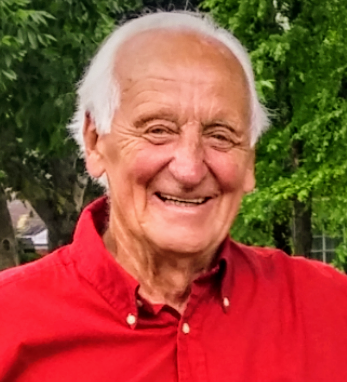 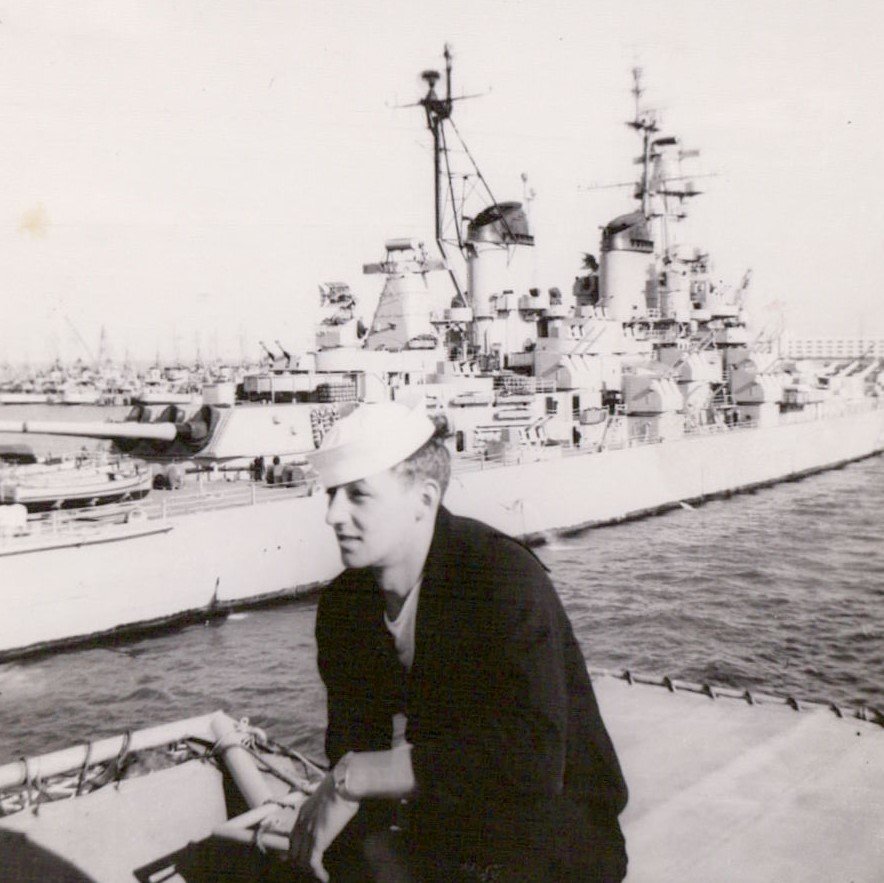 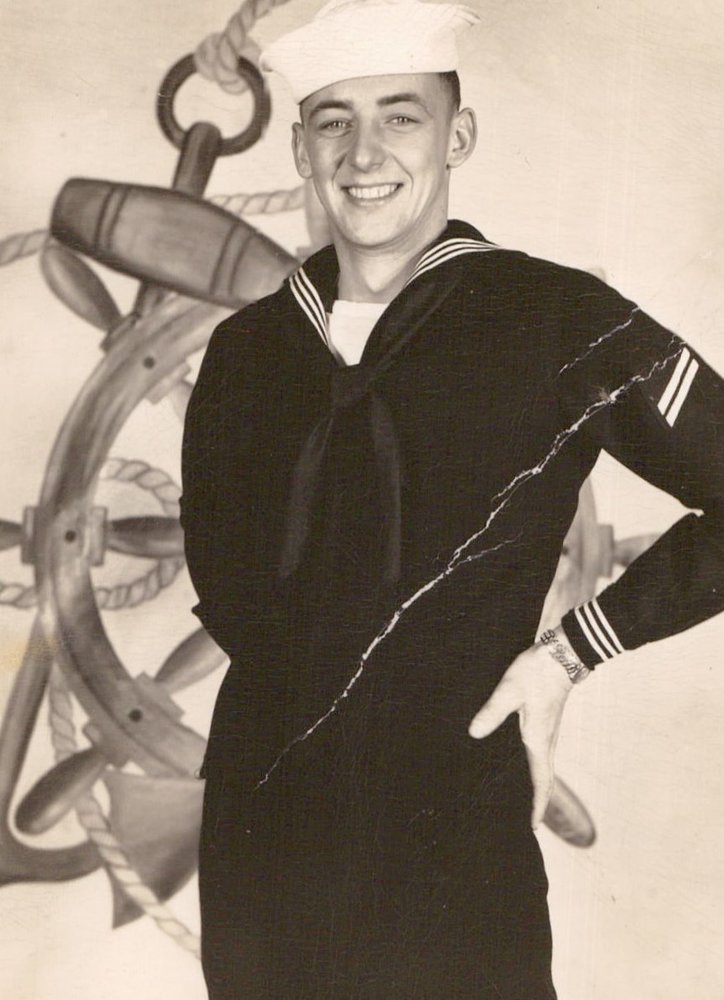 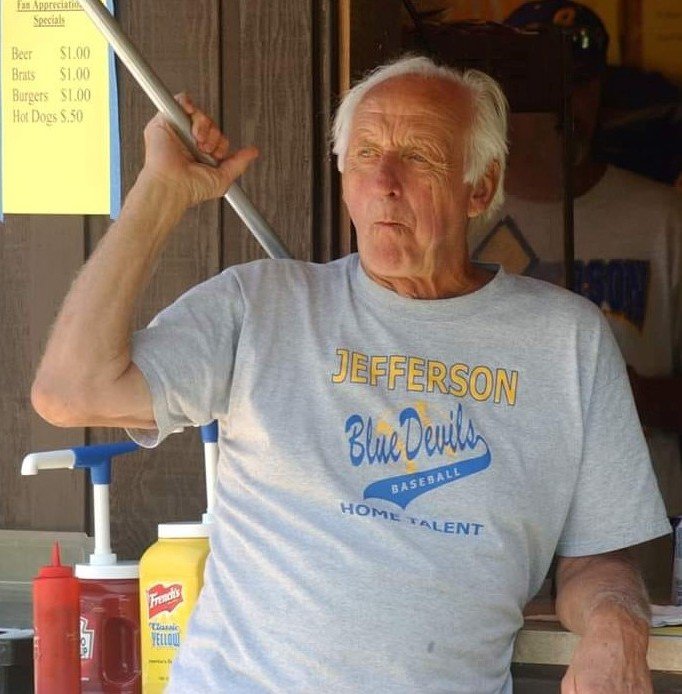 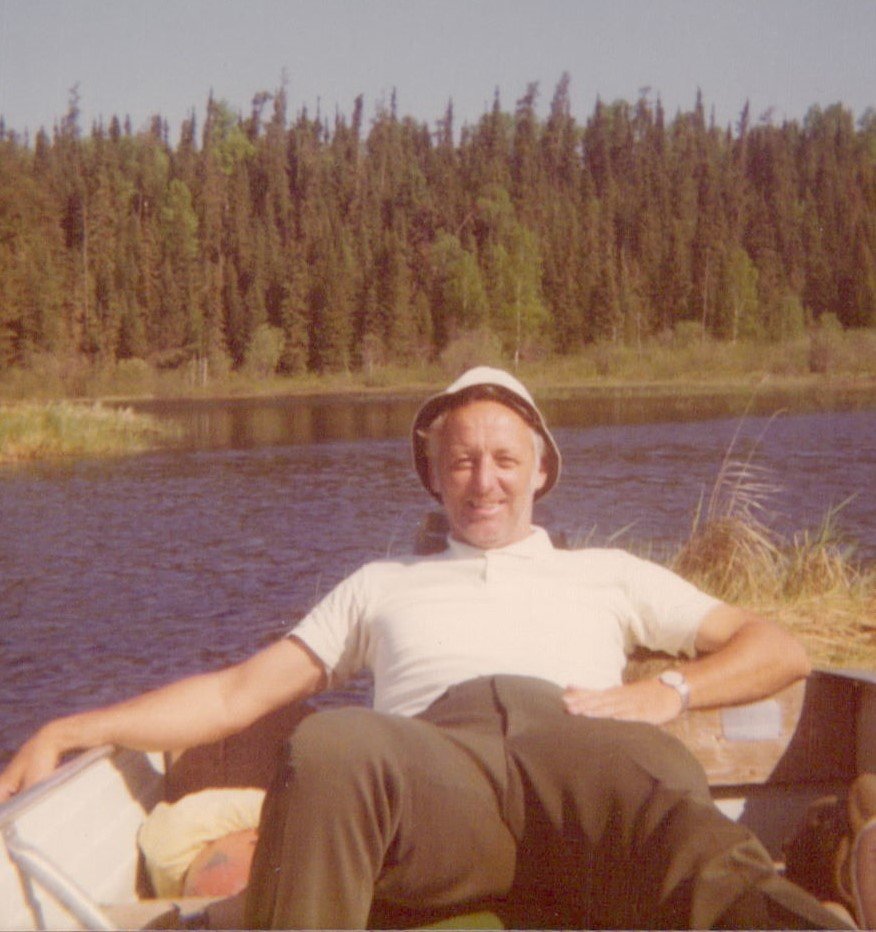 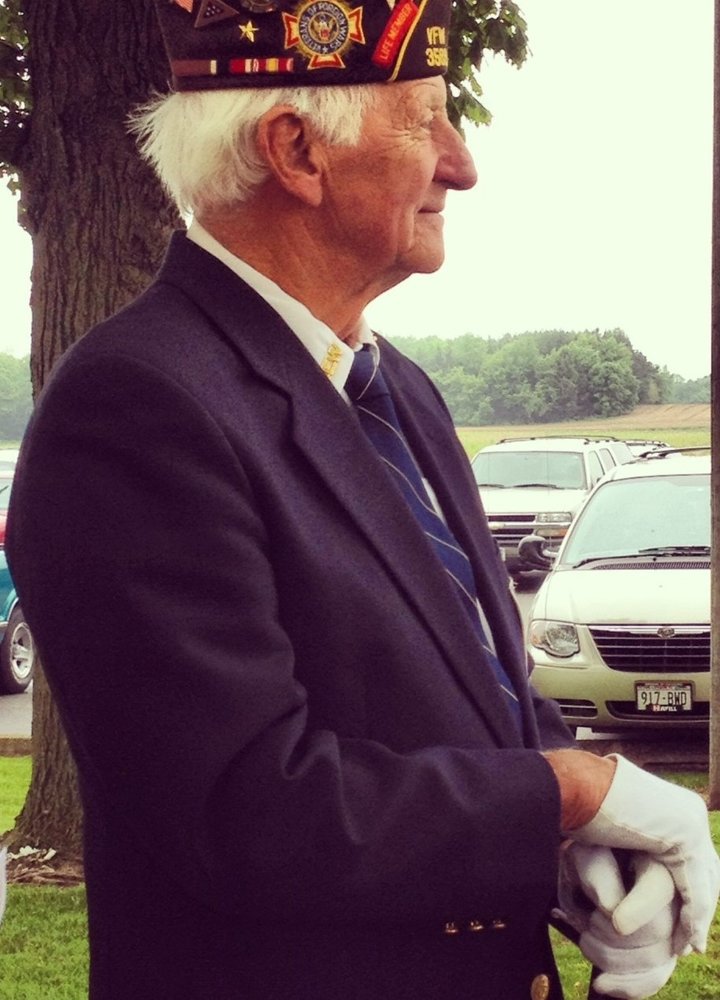 JAMES “DUFFY” G. DICKHOFF, age 87 of Jefferson passed away unexpectedly on Sunday February 2, 2020 at the Fort Atkinson Memorial Hospital.  He was born on August 25, 1932 in Jefferson to Herman and Frances (Kramer) Dickhoff.  Duffy served in the United States Navy from 1951-1955 during the Korean War.  He graduated from UW-Whitewater with his degree in teaching.  He married Nancy Kirby on November 28, 1959 at St. Joseph’s Catholic Church in Waukesha.  He taught history/economics and also coached basketball and golf at Hononegah high school in Rockton, IL for 18 years.  He then owned and operated Duff’s Liquor Store in Jefferson for 16 years.  Duffy also bartended at Sparky’s, Butch’s and Towne Inn for over 35 years.  He enjoyed music, golfing, woodworking, fishing, handyman jobs and helping others. He also supported the Jefferson Teeners and Jefferson Blue Devils.  He was a member of the Veterans of Foreign Wars Endl Gruennert Post 3589 and St. John the Baptist Catholic Church.

He is survived by his wife, Nancy Dickhoff of Jefferson.   Daughters Laurie (Scott) Feldschneider of Jefferson, Julie Conroy of Boise Idaho, James (Jennifer) Dickhoff of Minneapolis MN.  Grandchildren Nicole (Bryan) Allen, Ian Feldschneider, Riley Feldschneider, Isabelle Dickhoff, and two great grandchildren Madison and Jack Allen, many nieces, nephews and many friends.  He is preceded in death by his parents, brothers Robert Dickhoff in infancy, and Walton Dickhoff.  Sisters Ruth Connelly, Rose Nuedling, Dorothy Stengel and granddaughter Katherine Mae Feldschneider.  Mass of Christian Burial will be held at 1:00 p.m. on Saturday February 8, 2020 at St. John the Baptist Catholic Church in Jefferson with the Rev. Thomas Coyle officiating; Military Honors will follow the Mass at the church.  Visitation will be held at the church from 10:00 a.m. until the time of Mass.

To send flowers to the family or plant a tree in memory of Duffy Dickhoff, please visit Tribute Store
Saturday
8
February

Share Your Memory of
Duffy
Upload Your Memory View All Memories
Be the first to upload a memory!
Share A Memory
Send Flowers