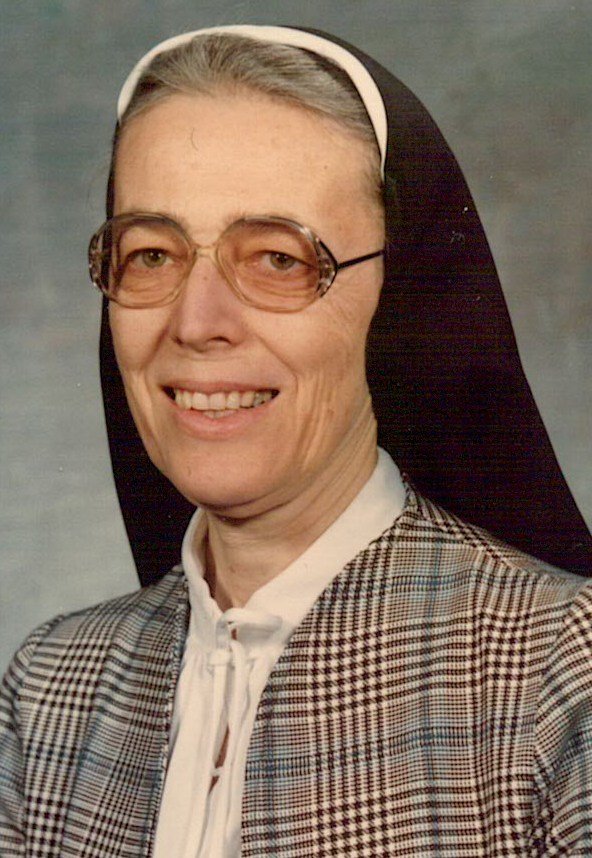 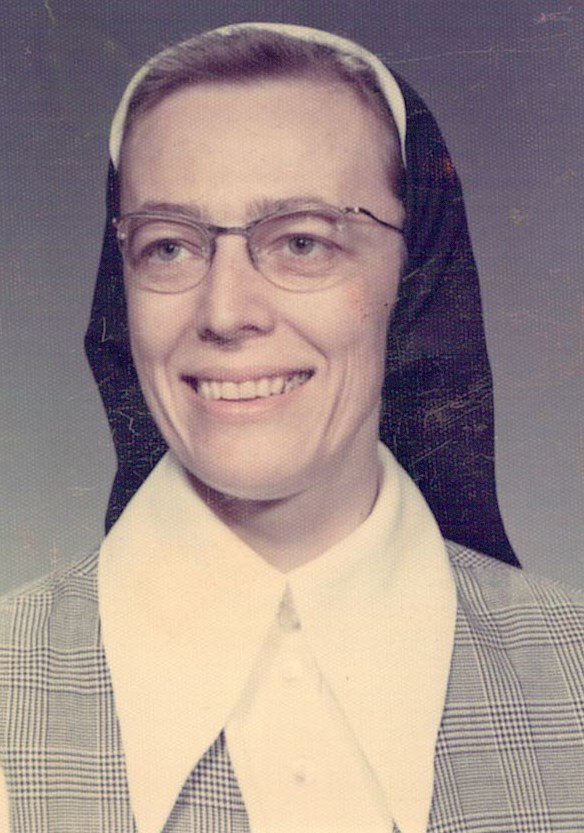 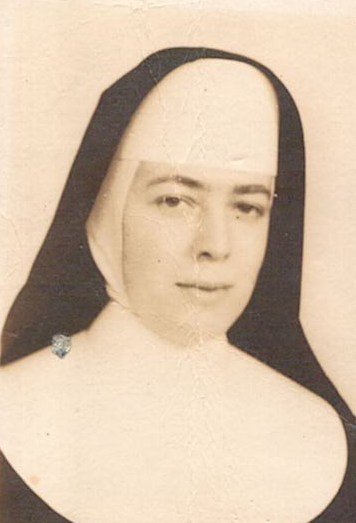 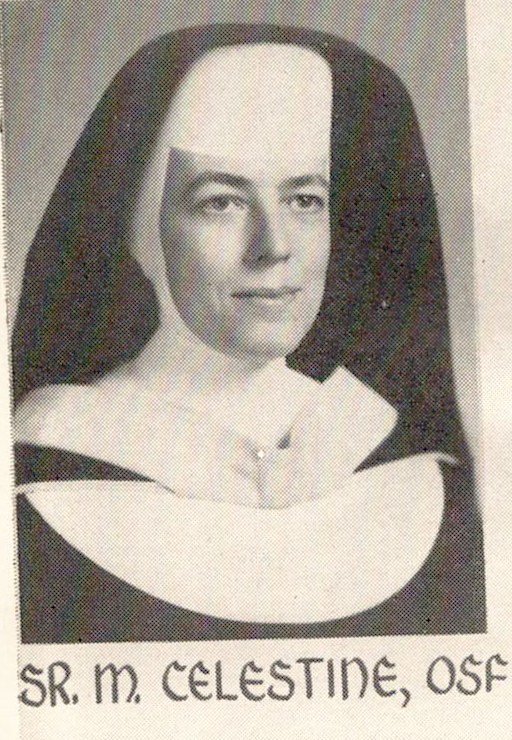 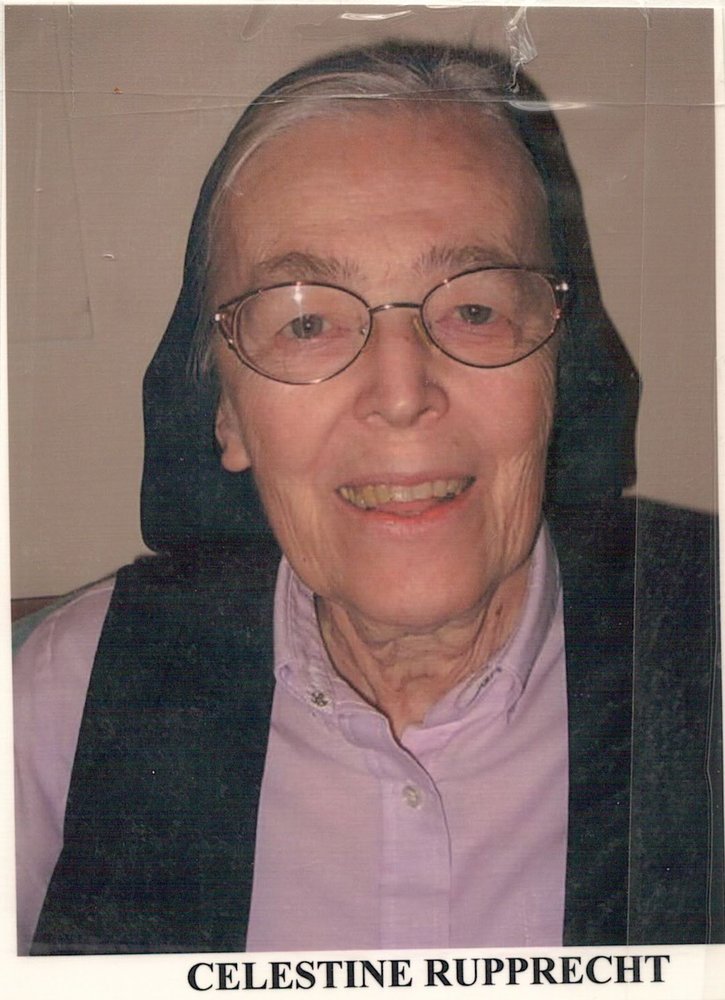 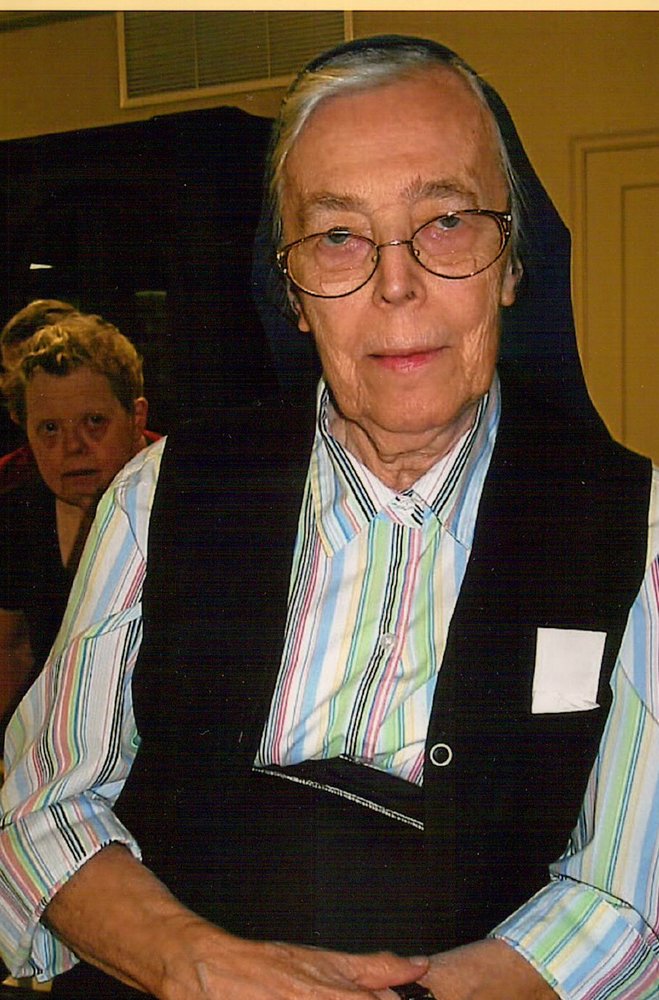 SISTER MARY CELESTINE RUPPRECHT was called to enter the fullness of everlasting life on Saturday, August 10, 2019, at 7:30 p.m. She had been anointed recently and the sisters began sitting with her on Thursday throughout the day and through the night. Sisters Therese Ann Koltes, Mary Jerome Lacy, and a nurse were present when Sister Celestine died peacefully at St. Francis Convent.

She was born Rosemary Jane Rupprecht, on March 4, 1927, at St. Mary’s Hospital in Watertown, WI, daughter of the late Walter and Eleanor (Waleske) Rupprecht.  She started elementary school at the Jefferson Junction School and then attended St. John the Baptist Catholic School.  After attending Jefferson High school for three years, she became a Postulant in 1943 and finished high school at St. Mary’s Academy in 1944.  For her reception she was given the name Sister Mary Celestine.  As a junior novice she took classes in Franciscanism along with regular hours working in the Convent and the Motherhouse.  As a Senior Novice she joined the O.S.F and attended St. Clare College on the Motherhouse grounds.  She then attended Cardinal Stritch College to complete her bachelor’s degree in education.  Graduating in 1961, she taught in the Stritch Reading Clinic.  She was accepted into the Master of Arts program specializing in reading, graduating in 1975 with her M.A. in Reading.  Sister Celestine started her professional career as a primary teacher in Milwaukee and gradually eased into grades 3-5 during her years at Park Falls.  At Franklin Park and Savanna, Il, she taught fifth and sixth grade; at St. John the Baptist in Union Grove, seventh and eighth grade and at Wisconsin Rapids, seventh and eighth grade.  She also taught at St. Joseph’s Catholic School in Fort Atkinson. In addition, she served on the direct care staff for St. Coletta of Massachusetts.  Since religious profession is a deep commitment to one’s baptismal vows and promises it was fitting that upon her Golden Jubilee she made the pilgrimage to Rome and the Holy Land to renew her vows and promises at the River Jordan.

She is survived by her family:  brothers William (Marge Blasing) Rupprecht of Jefferson Junction, Joseph (Donna) Rupprecht of Monroe, Lawrence (Mary) Rupprecht, Raymond (Cheryl) Rupprecht, Robert (Nancy) Rupprecht all of Jefferson and sister Catherine Griffin of Jefferson, also the Sisters of St. Francis of Assisi with whom she shared life for 76 years; many nieces, nephews, other relatives, and many friends. She was preceded in death by her parents; her sisters Margaret Wendt, Helen Jacobson, and infant sister Mary Ann Rupprecht; brothers-in-law Herbert Wendt, Robert Griffin, and LeRoy Jacobson; and a niece, Jane Mulcahy.

Mass of Christian Burial will be held at 11:30 a.m. on Wednesday, August 14, 2019, at St. John the Baptist Catholic Church with the Rev. Thomas Coyle officiating. Burial will follow in the Parish cemetery.  Rosary will be recited on Wednesday at 9:15 a.m. followed by visitation at the church on Wednesday from 9:30 a.m. until the time of service. In lieu of flowers, contributions to the Sisters of St. Francis of Assisi Memorial Fund (3221 S. Lake Dr., Saint Francis WI 53235) would be appreciated.

To send flowers to the family or plant a tree in memory of Sister Mary Celestine Rupprecht, please visit Tribute Store
Wednesday
14
August