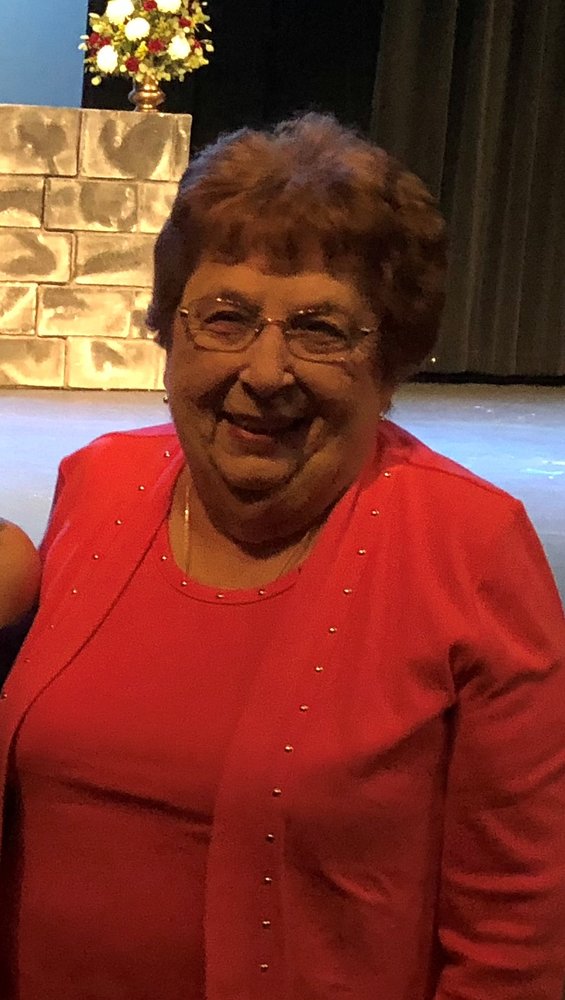 KATHLEEN M. “KATHIE” ARNOLD, age 79, passed away on July 18th at Sunset Ridge in Jefferson. She was born March 1, 1940 at the Watertown Hospital, the only child to Leander and Junice (Lein) Hauser. She attended the old St. John the Baptist Catholic School and graduated from Jefferson High School in 1958 and the University of Wisconsin-Whitewater in 1962 with a degree in English and K-8 Education. She was a member of the Sigma Sigma Sigma and lived in the sorority house for several years.

She began her teaching career in Kenosha, where she met her husband Wayne H. Arnold Sr. They were married in 1963. They welcomed Wayne Jr. in 1964 and Tina in 1966. Kathie and Wayne moved to Jefferson where she began her career teaching 7th grade English at the old Jefferson Middle School. She taught in the Jefferson school district for 34 years, retiring from full time teaching in 1999. She continued to substitute teach at St. John the Baptist Catholic School.   She was a 7th grade team lead at the Jefferson Middle School, officer in the Jefferson Education Association, and served on the school council at St. John’s for many years.  Many students still regard her as the most influential teacher in their lives.

She was passionate about education, mentoring future teachers, counseling numerous students through adolescence, and sponsoring countless individuals in the AA program. She was a leader at the local AA meetings and was proudly sober for 33 years. She was a lifelong member of St. John the Baptist Catholic Church in Jefferson. She loved gardening, flowers, traveling especially to Florida and the beach, adult coloring books, computer games, the Green Bay Packers, Cubs and watching her grandchildren’s activities.

She will be deeply missed by her children Wayne (Ann) Arnold of Jefferson and Tina (Pete) Kramer of Sullivan, as well as her grandchildren Jacob and Jenna Arnold, Hailey Kramer (special friend Nate Johnson), Amber Kramer and her son, Jaxon. She will also be missed by her stepfamily in Texas: Mary Arnold, Lee (Wendy) Arnold and their daughters Baylee and Riley; Blake Arnold and Melissa Arnold.

She was proceeded in death by her parents, her husband (1975), a special cousin Douglas Jarlsberg, step-son Jeff Arnold and many members of the Lein and Hauser family.

Memorials can be made to St. Francis of Assisi Catholic Parish in Jefferson or St. John the Baptist Catholic School.

A Mass of Christian Burial will be held at 11 AM on Wednesday, July 24, 2019 at St. John the Baptist Catholic Church with Rev. Thomas Coyle officiating. A private family burial will take place at a later date.

Visitation will be at the Schneider-Michaelis Funeral Home on Tuesday, July 23, 2019 from 4 PM until 7 PM, and then again on Wednesday at St. John the Baptist Catholic Church at 10 AM – 11 AM.

The family would like to extend a heartfelt thank you for the compassionate care provided by Rainbow Hospice Palliative Care and Hospice staff, Fr. Tom, and the staff at Sunset Ridge, her home for the last 2 months.

Visit www.schneidermichaelisfuneralhome.com to leave a condolence of light a candle in her memory.