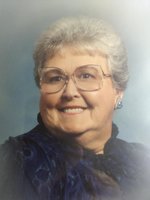 She was born on January 27, 1929, daughter to the late Edgar and Marie (Seamanson) Michaelis.  She graduated high school in 1946 from Deerfield, WI, and the following year married Milton George Whiting. He preceded her in death in 1980.

Rosie worked at Countryside Nursing Home for 28 years in the physical therapy department.  She was the glue that held her family together. She loved playing cards, feeding anyone who walked through her door and being a member of the “Red Hat Ladies”.

She is preceded by two brothers, Robert and Michael Michaelis; two daughter-in-laws, Patricia and Barbara Whiting and grandson Jay Whiting.

Funeral services will be held at 2:00 PM on Saturday, July 31, 2021 at Schneider-Michaelis Funeral Home in Jefferson, with visitation from 1:00 PM until time of service.